Approximately all beginners in ethical hacking have confusion about DNS or DNS spoofing. You guys know we crackers always help you to understand these things with practical. Before knowing about DNS spoofing first understand what is DNS actually. 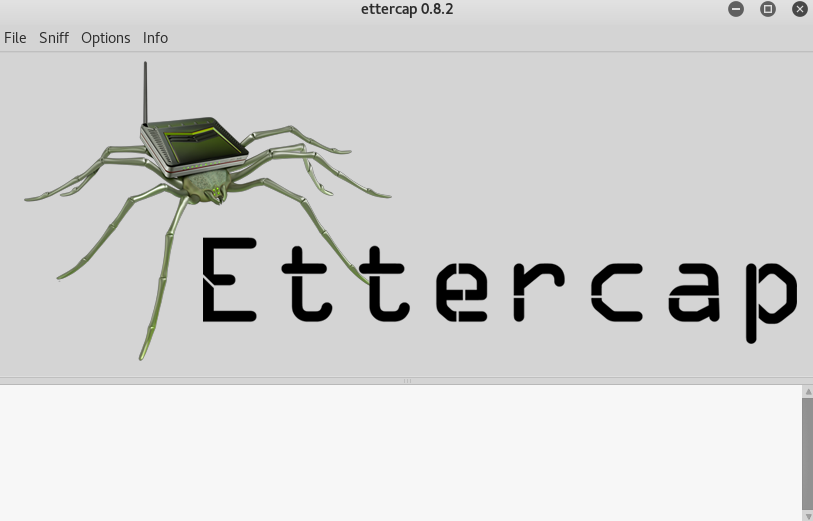 The full form of DNS is the Domain Name System. It translates the human-readable sites like google.com, crackitdown.com etc. to a numerical form of IP address that is used to communicate between nodes.

To increase the performance the DNS system saves the translated for some time in our system which is called cache. On the off chance that if it gets another request for the same translation, it can answer without asking some other server, until the point when that cache expires.

What is DNS Spoofing?

DNS spoofing is a part of computer hacking in which searched domain names are diverted to some other incorrect IP address due to which the traffic of the victim’s system is diverted to the attacker’s system. Using DNS spoofing poison is injected into the address resolution protocol of the victim.

So, let’s have a look at the tutorial.

There are a lot of tools that can be used to do DNS spoofing but in this tutorial, we’re gonna use an open-source and easy to use a tool called Ettercap. It comes by default in Kali Linux. Simply go to Show Applications and search for ettercap. Both the GUI and CLI interface of ettercap is available in Kali Linux.

Before using the tool, you have to do some configuration of the tool. To do that open the terminal and type the command given below to open the configuration file of ettercap.

The file will open up in the text editor and after that scroll down and find out the line where Linux word is written like the picture below.

Here we will use our IP tables. To use IP tables you have to activate it. To activate simply remove the hash from the front of the two command lines that are below the iptables like the picture given below and save the file and exit.

Now, copy your Kali Linux machine’s local IP address and paste and search it on your web browser. If it opens the default apache2 web page then the apache2 webserver started successfully.

Here we are using our own website byethack.blogspot.com to do DNS spoofing.

Now we have to do one more configuration. We have to edit the etter.dns file. To go to the file type the command given below on the terminal. Before opening copy your local IP address.

Now scroll the text file below and stop at the line Microsoft sucks present. Now you will see the lines just like the image below.

And now change the microsoft.com domain name to the website name that you want to attack and change the IP address to your local IP address where the Apache web server is present like the example picture is given below.

Now save the file and quit.

Now open the terminal and give the command given below to open the ettercap tool in GUI mode.

Now at the above go to Sniff> Unified Sniffing and a pop-up will appear asking to choose the Network interface. If you’re using ethernet then choose eth0 and if you’re using WLAN then the wlan0 option will appear. 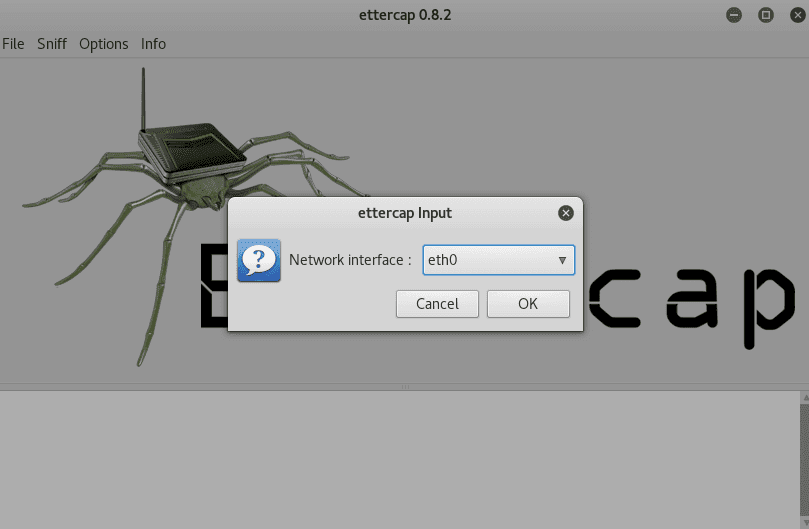 After choosing OK, it will automatically start sniffing but we have to stop the sniffing. To stop the auto sniffing go to Start> Stop Sniffing.

Now, we have to set up the target. Before setting up the Target, we have to scan the Hosts. Go to Hosts option and choose Scan for Host. It will scan the local network and it will show up a list of all systems connected to the Network. To view the list go to Hosts> Host List.

In the picture, the first one is our default gateway, the second one is our host machine and the third one is our target machine.

Now the targets will be set under the Target option. Here you will get an option to delete the selected targets or to add another target.

Now go to Plugins> Manage the Plugins and choose the dns_spoof and double-click to activate it. At the bottom of the ettercap tool, a message will appear saying Activating dns_spoof plugin.

Congrats! all are set now. Now go to the Start option and click on Start Sniffing. Now if the victim tries to open the byethack.blogspot.com then he will be redirected to the Apache web server that we set earlier. There is a big probability of getting hacked of DNS cache and cookies of the victim’s system.

How to stop the attack:

Go to Start> Stop Sniffing. Now go to the MITM option and click Stop MITM attack. Exit the ettercap. But the attack didn’t stop completely. To stop the attack completely open the terminal and type the two commands given below one by one.

Hope the tutorial was helpful for you. If you’re facing any problem please leave us a comment describing your problem or you can contact us privately. Our team is always here for you.

This tutorial is only for educational purposes. Please try it on your own local network and machine. Don’t try to harm others. Hacking something without the owner’s permission is not ethical. We’re not responsible for any kind of damages.