You might be heard about blockchain. Mainly the bitcoin users and the cryptocurrency dealers. Some people think that bitcoin is blockchain. I don’t know why they have such type of mentality.

You might be heard in many places that bitcoin is the future. The blockchain is one of the biggest inventions till now. It is a better way to protect our stored data.

The blockchain is built depending on the concept of cryptography. Now we will discuss two different things i.e. digital signature and Hash for better understanding.

Basically, I encrypted the document but in normal life, you can say, I signed the document. And another important thing is Hash. Suppose that I have a page containing some data and if  I pass the data through an Ideal Hash function, I will get an output.

This output can’t be reverted. That means I can’t revert the hash to the earlier page using any kind of mathematical function. We use Hash for data storing. The passwords of Facebook users don’t store directly on the server, it stores in the format of Hash.

When the users enter a password on the facebook login page, again it creates a Hash of the entered passwords and compares them with the stored Hash passwords. This technology can detect even a difference of point. Now come to the next points-

What Is Encryption? Public Key Encryption and its Uses | Explained

What is Blockchain Technology?

The main concept of blockchain is, building a trustable security using the digital methods so that everybody can trust 100% of the things that are connected to the blockchain. Trust is the biggest feature of the blockchain.

Every block contains data. What type of data?  it depends what type of thing using blockchain. In the case of bitcoin, when you do a bitcoin transaction, all transactions are kept in the blocks.

In the case of banks, the all details of transactions are kept on the bank’s servers. But the normal people can’t get access to these details. Only banks have access. But in the world of bitcoin, anyone can make a node. 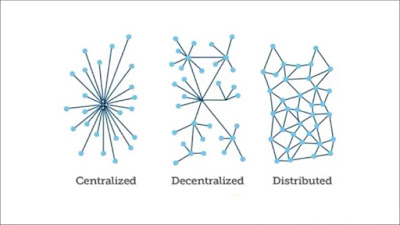 Now you might be understood the advantage of the Distributed system. Basically, if my computer works as a node and the blockchain with which it is connected, if it damages, I will remove the damaged blockchain and will ask other nodes for a blockchain.

Every node updates themselves automatically. It is a very classical system. There is a very good thing, that there is no central authority. Common people are running it together and they have blind trust in each other. This trust is because of cryptography. The most important property of blockchain is- 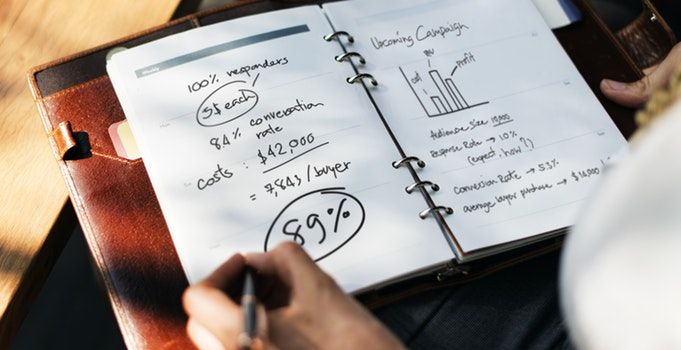 In the photo above, there have several pages and each page containing some data. The same thing happens in the case of the blockchain. Blockchain contains several blocks instead of pages and each block contains data.

I will continue this process to the last of the page. There is a big advantage of it. If make little change of a page of the notebook, if I take the Hash of the modified page, the Hash written in the header of the next page will not match with the new Hash.

Now, what a hacker will do. If he modifies a page, he knows that he must change the Hash of the next page. If he changes the next page he must change all pages of the whole notebook. From this example, you can say that every page is dependent on each other.

The same thing happens in the case of the blockchain. If you change a block, you must change all blocks of the whole blockchain. But nobody can modify the blocks with such speed that new blocks are adding every day in that speed.

The whole world is working to add new blocks and I am working alone to modify the blocks? Is this not a stupid thing? I can’t change all the blocks. In normal life, when someone buys a house or a car, he has to get help from the third party and the documents need to be verified by a human.

But in the world of the blockchain, everything will be done so quickly, we don’t have to take help of third party people. You can do a transaction of bitcoin and there is no fear that someone will hack the wallet or other. but in the normal world, bad people can make the duplicate of currencies.

The government is taking some steps for bitcoin, mainly the government of Japan is working on bitcoin to bring it to the real world transactions. If they can do that then people can do the transactions with 100% of trust without the help of government or third party.

There will be no fear that someone can hack their wallets or transactions. We can also do that, if I have a car and I did a smart contract, I can do programming of the contract. What type of programming? it will be like, if a person paid 5% for the car then nobody can make a contract for 2 months and if the person does the full payment within 2 months then he will get the car, if he doesn’t do the full payment then the same process will start from 0%.

Many things we can do using this technology. We can connect our real life with the world of the blockchain. Ethereum is struggling for it more than others through its smart contract. In short, in real life, people can be easily fooled through documents or other things but in the world of cryptography, it is nearly nearly nearly impossible if it applied in a better way.

We talked above that blockchain is always a Distributed system. But it can be transformed into the centralized system. These days Banks are working on it with the motive that- we will use blockchain but after making it centralized.

They are working on a personal blockchain. You might know that some cryptocurrencies have gone anti to banks because they have an open system. But the Ripple cryptocurrency, its ripple connect software which is using the technical power of blockchain is mad for banks.

It is some way based on a permissional blockchain. It is a centralized system but also a blockchain. You might notice that people who have more hash power, they can mine more cryptocurrencies. This is possible because of the blockchain. Okay bye, and have a good technical life.