Many people use different OSs for their home uses or for their office uses but as a hacker, we should think differently from others. So, some developers made some OS that are mainly Linux based OS with minimum GUI which comes with many pre-installed applications that are the primary need for both pro and beginner in the ethical hacking field.

Selecting a good OS becomes performing hacking as easy as eating meet with beer. You have to agree with it that Windows users are not real hackers and they couldn’t become a hacker. They are only victims of hacker’s attack. So I will like to suggest some OS for beginners in the EH field. But all of them are Linux based OS and therefore you will probably face some difficulties of using them at the beginning. 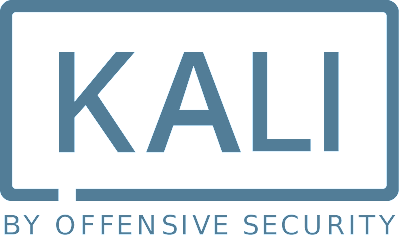 Maximum of Linux users use Kali Linux as a primary OS in their systems and I am also a fan of Kali Linux. Kali Linux is a Debian based Linux distribution which is used for high-level penetration testing, information gathering, computer forensic & reverse engineering and various use. Kali Linux is maintained by offensive security, a leading information security training company.
kali Linux is a rebuild of BackTrack Linux and it was released on 13th March 2013. The Offensive security Company took a review of the BackTrack tools and removed the tools which didn’t work and the tools which provide same or similar functionality. The good thing is that Kali Linux OS was always free and it will always remain free. The users will never, ever have to pay for it.
The Offensive Security Company also provide the field feel free to develop, rebuild or modify their packages for their specific needs. Also, Kali gives all the access to make the user easier to find and edit the binaries and system files. The Kali Linux is made in such a way that it is compatible with the wide variety of hardware and also it can be run from a USB drive. Kali supports many wireless devices as it can. Also, Kali’s kernel has the latest injection patches included. Maximum of Linux distributions are not so customizable but Kali Linux is completely customizable.

This OS is a new OS and it is also a Debian GNU/Linux distribution and also free of cost. If we take a look at this OS then it will be noticed that it is mainly built to preserve privacy and anonymity. This OS helps to use the internet anonymously and almost anywhere you go or on any computer you use, it leaves no trace. This OS is a live system and can be run directly from a USB drive or bootable disk.

Tails OS comes with several pre-configured and built-in applications with security in mind. For example, web browser, instant messaging client, email client, office suite, image and sound editor etc. Tails OS relies on the Tor anonymity network to protect the user’s online privacy. In this OS all software is configured in such a way that all connects to the internet through the Tor.

If any application tries to connect the internet directly then it will be blocked by the security layer. To use Tails it doesn’t matter what OS is installed on the computer. So it can be used on any computer at anywhere and after shutting down tails the computer will restart with the OS installed in it. Tails is configured in a way not to use the hard disk of the computer. Tails use only the RAM for temporary storage. After shutting down the computer it will automatically erase. That is why the developers of Tails calls it “amnesic” because it doesn’t leave any trace. But the documents can be saved to external hard drives. 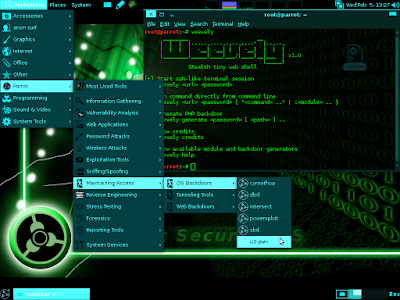 This OS is also a Debian-based Linux distribution and it mainly focuses on computer security. It is developed by the Frozen box team This OS is designed for anonymous web browsing, penetration testing, vulnerability assessment, computer forensic. Parrot OS provides many penetration testing tools for testing. It also provides a friendly environment for developing your own software with a full package of best editors, languages, technologies and provides a system ready to protect online privacy while surfing the internet and to communicate secretly.

This OS gets regular updates and also it is fully sandboxed and everything is fully under the control of the user. Parrot is also a free Linux distribution and the developers let the users change it’s source codes whenever they want. This OS doesn’t require any special hardware requirement and it runs very fast. As this OS is a lightweight OS it can be run on a old hardware and with very less limited resources.

This OS is a very sexy looking OS. Maximum of beginners in EH watch hacking movies and they wish Oh God! how could I get this OS. For them, Cyborg is probably the best OS. The tools it provides all of them have hackers look like  GUI. Most of the people use this OS only for its sexy look. The tools that Cyborg OS have are exploitation toolkit, stress testing, reverse engineering, forensic, mobile security, wireless security.

The OS calls itself the world’s most advanced penetration testing distro. If it says like that then it is confirmed that the developers are from the U.S. Cyborg is free of cost but to join the developers, instructors, trainers team and their community the user has to pay some amount of money on the monthly basis. This OS can be used as a live OS and it also fully compatible with the virtual machine. It also supports various wireless devices. Its menu is arranged in a way that all the tools are in the right place.

This OS is based on ubuntu platform with the latest kernel for the cybersecurity professionals but it can also be used by other people. But the developers recommend not to use by those people who are not familiar with Linux tools as this OS contains some major tools for high-level penetration testing and cybersecurity. But there is a disadvantage that Cyborg doesn’t have the maximum tools available for free of cost. Many tools require a license and hence they can’t be modified as the user’s requirement.

BackBox OS is a free open source community project and penetration testing and security assessment oriented Linux distro. The OS provides various tools for network and system analysis. It focuses to promote the culture of IT environment. BackBox is very fast and completely compatible with desktop uses and designed in a way that it gives maximum performance with minimum consumption of resources. For this reason, BackBox OS is compatible with both new and old hardware configuration.

Also, it has its own repositories with a constant update. it has various ethical hacking tools that are very stable and latest. BackBox is the first ethical hacking platform which provides the users’ cloud service for penetration testing. The fee for joining BackBox is completely free and all extra tools are free of cost.

This OS provides a good environment for organizing a practical workshop for ethical hackers. BackBox provides a hackers friendly environment as it gives permission to the user to make any change or modification to the source codes according to the requirement of the user and also a user can add an extra tool that is not in the repositories.

The software packaging and configuration follows the Debian standard guidelines. BackBox offers all the official documentation to the newcomers to set up the OS according to them. If we take a look at its main menu then it’ll be noticed that everything is in the right place. all tools are arranged in an order with accuracy so that the user doesn’t face any difficulty to choose the tools.

How’s the discussion? did you like it? give your opinion and suggest the operating system you prefer by commenting below. Have good hacking journey and don’t get caught.