First, come to the first topic AI or Artificial Intelligence. Everywhere companies talking about AI. Google’s CEO giving a speech on AI, sometimes adobe and sometimes intel sometimes apple. Nowadays Everybody talking about these topics. Famous philosophers say about it, some people warn about our future. Anyway, this is our future so far.

From where Artificial Intelligence idea came from? Let’s go to history. When people were making advanced machines, computers and things were growing so fast. Many experts believed that they can soon develop machines that can talk like us, think like us, and do like us. Many theories were created by the experts which said we will soon make such types of machines. Some scientists were against it. So, many controversies started. Experts wasted a big amount of money and effort but no result came out. After failing they ended the hype of AI.

If you’re not concerned about AI safety, you should be. Vastly more risk than North Korea. pic.twitter.com/2z0tiid0lc

In actuality Intelligence is a different word which we didn’t achieve on machines yet. Yes, many people say that we’ve figured out some of it but it will take time and in this century we will achieve the Real AI or General AI. 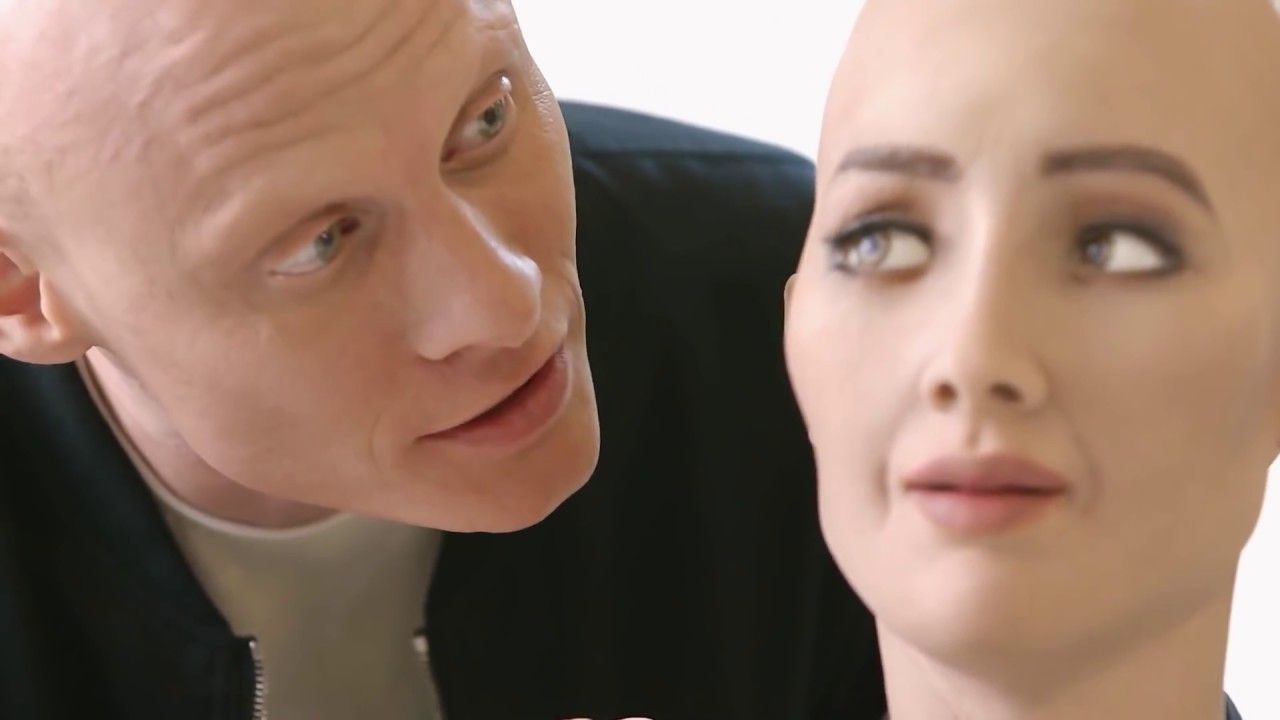 For example. A company made a car which drives automatically without a driver. It grows a mentality in our mind that waao!! the car drives automatically. It is so intelligent as us! Because of this mentality, the companies get chances to name it AI. In today’s world, Artificial Intelligence is those machines that can copy human nature, behavior.
Even Sophia, popular AI is also a Weak AI. A co-creator of Sophia said that ” Sophia may not be a true AI, but it is a work of art.“

You talk with Siri, Google, Alexa, etc. these all are Weak AI. Also, some of you might have cameras that detect movements in your home and automatically warns you through email, face detection modules. All of these are Weak AI. When people see a machine exhibiting human nature, they think that the machine is the same as us.

Normally, when you do coding of a program, you set an input and a formula, when the input passes through the formula it gives an output. Again, if we talk about Bitcoin, you might know how Bitcoin moves up and down in Bitcoin Trading.

You know the basis on what Bitcoin moves, consider that you predicted for 5 minutes where Bitcoin will go. On which factor it depends? Some of you will say RSI(Relative Strength Index) or CSI or some of you will say Historical Graph Movements. Many people will say thousands of probable patterns. Any of them can happen if you see them in a different time frame.

Actually, we don’t know what can happen. Our brain can’t process all these things at one time. So, we sat down to create a program but we faced a big problem that we don’t know the mathematical formula !! so, we will take a hit and code and this code will do trials to create better code than him. It will do hit and trial using different combinations of given data. It will do and test millions of processes to create better code and will accept the results depending on their accuracy. After all these things maybe it is possible to get a program which can give 90% or more accurate results. It will be so complex that maybe we don’t understand.

How ML(Machine Learning) and AI is different from each other. Remember one thing that in this section we’re talking about Weak AI.

Let’s take another example, a car drives automatically was a Weak AI. It had some fixed rules. It kept following these fixed rules. But when the creators shifted it from Weak AI to ML, it started improving itself automatically to a better form. Now it will learn from its experiences and according to the experiences, it will improve its codes. ML is a reliable way of achieving Artificial Intelligence. ML raises the accuracy of AI but it is quite different from AI.

How? if we see a thing for the first time, consider a person saw a laptop for the first time and if he sees another laptop that is quite different from the first in color, shape, etc. but he will figure out that it is a laptop. But if we introduce a laptop to a current system or robot-like Sophia, we have to process millions of photos of different types of laptops in his system. These systems are not bad because if we process thousands of photos of dogs if he sees a dog he will figure out it. But the negative point is, it requires a lot of data. It is an AI only for saying but in the background it is based on ML.

What do you think about these topics that we discussed above? Leave a comment below and let us know your opinion. Artificial Intelligence is a great idea. It will change the future world. But spoiling it for product promotion is not good. Companies are making people fool. Share this article and let people know the reality of Artificial Intelligence.